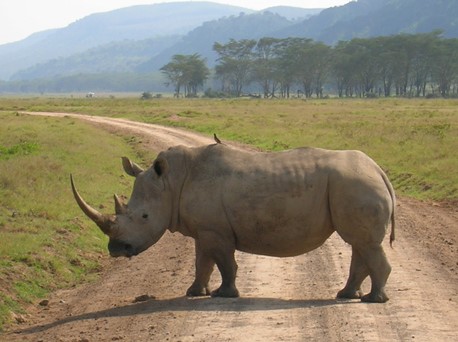 This is one of the remarkable safaris ever, Safari start from Arusha, where cool breeze dominate the air, untamed vast of Serengeti follows, Elephant marching in the plan of Ngorongoro, This type of safari suit both Luxury and Budget Travelers

We will leave Arusha town after an early breakfast and drive to Lake Manyara National Park, the park is about 120 kilometers South West of Arusha town. Lake Manyara is famous for its tree climbing lions, monkeys and elephant populations. As it is a lake side park there is also an abundance of birdlife and aquatic wildlife like hippopotami, crocodiles etc. In the evening we will drive to the camp for an overnight stay. Prior to entering the park we will also have a chance to stop at Mosquito river where you can stroll and hunt for Maasai souvenirs.

This will be the longest drive of our safari. After an early breakfast we will drive to the Serengeti National Park, passing the edge of Ngorongoro crater rim to the Olduvai gorge museum. (Olduvai gorge is the historical place where in the 50’s the Leakey’s found the remains of Lucy, one of our human ancestors). While game driving we will head for the Seronera Camp sites in the central area of the Serengeti. Although a long drive, the vistas from the crater rim are amazing and most of the time we will be driving through game reserves or national parks – effectively making it a continuous game drive with enough time to stop and watch wildlife, if spotted.

We will stay the whole day in the central area of the Serengeti national park. As this area has a number of small rivers and streams there are always herds of large and smaller grazers to be seen. Because of this, the area has a good population of big cats and hyenas. The leopards are well camouflaged so you will need to help your guide to spot them! Lions are often spotted so there is an excellent opportunity to see them here.

This is a partial transfer day. We will leave camp after breakfast and embark on, game driving, to the Ngorongoro. We will pass the “endless plains” with amazing kopjes/rock islands. Serengeti means endless plains in the Maasai language. There are always large numbers of small antelope in this area and it is a typical Cheetah habitat. We will aim to be in the Simba campsite, on the Ngorongoro crater ridge, by late afternoon and have dinner there.

After breakfast we will descend into the Ngorongoro crater for a half day crater safari with a picnic lunch in the crater itself. The Ngorongoro crater has all big 5 animals. With luck, we will spot lions, leopards, buffalo, elephants and the extremely rare black rhino. The rhino are very well protected and the areas they reside and breed in have limited access. However, the animals often venture out of these areas. As the crater is a compact region, it is a very good place to see the animals at very close range. Ngorongoro is also famous for its mature bull elephants, the so called “tuskers”. In the late afternoon we will leave for Arusha town where you will stay at your hotel.